Recognize greatness! (For AND against your team?)

September 14, 2018
Yes, recognize greatness even against your squad.  And no, this is not a simple "be a good sport" encouragement.  This is an actual strategy.  Play out the scenario a couple of ways.  You're at the soccer pitch watching your team losing.  You're feeling your competitive frustration growing and they strike again.  An offensive player against you just weaves right past your midfielder, then left around one defender, then right again seemingly right through your sweeper and then simply chips it past  your goalie as they go to the ground.  Your options are: 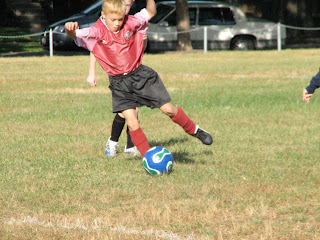 I get it, the first one is so much easier.  It's certainly natural.  And you might even be able to complete your spin before your field players get a chance to look to the sideline to see your tantrum.  But that's forgetting about your bench.  It's forgetting that these players are watching you even when they aren't listening to you.
Do me a favor.  If your tendency is to do #1, test my theory out at your next match.  Instead of reacting at all, just watch your bench and see what they do.  My bet... you'll see 3/4s of your bench looking like mini-me's with their heads going back, gasps of frustration and comments of disgust.  I'm sure that was not the type of response you are trying to teach in the face of a challenge.
Now, play out #2.  The players on the bench want to be on the field.  They know that the way to get on the field and to stay there is to impress you.  Sharing your love of great play, no matter by whom, very clearly identifies for them what they need to do to solidify their position on the field.  I promise, you will see them trying to mimic their opponent.  And let's face it, in this game that's what you'd like to have them do.  I've seen this play out in one of the best technique defensive players I've ever coached.  It works!
So remember, the "in game" coaching you do is going to have a much greater impact on your bench players than the players out on the pitch.  Manage your reactions and they'll not only learn the techniques you want to see on the pitch, but more productive ways to respond to adversity and challenge.  Besides, just maybe they'll also learn to always keep their eyes on the pitch or they're likely to miss something GREAT!

Popular posts from this blog

Have we lost the "Team" in Travel? 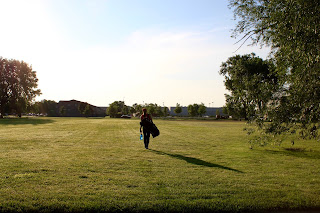 OK, time to thaw out my Winter hiatus.  Here's a question for those travel softball and baseball coaches who are chomping at the bit to get back outside on the grass.  Let's think about this travel-ball culture which has evolved.   In the neighborhood leagues it's all fun and everyone plays, but we want our stars to compete against other stars, so we travel.  We pick the best of the best from the house leagues and hit the road weekend after weekend.  But what else did we leave behind, and what did we lose? While we picked up the level of competition, but we lost the "league", the "season", and the playoffs.  We lost the grind, the long road which made the player next to you, playing your same position, so necessary.  While baseball and softball may be 9 player games (10 with your DH), a long season with injuries, illnesses, and other obstacles makes 20 more realistic.  By turning the competition into a weekly (weekend) event, each one separate and di
Read more

OK, out of the box I know you are sitting there saying what do those 3 words have to do with me coaching my team in sport.  Here's the thing.  As coaches we harp A LOT on the little things.  Position, footwork, attack that grounder, don't open up too much.  We tell them over and over again.  We launch correction on top of correction trying to build the better athlete.  If you've moved into travel sports we've started to drive pretty intensive practice schedules that dominate these kids daily schedule outside of school.  Think of how much emphasis some of our athletes put on these sports.  It's very easy for them to begin to see the sport as something that defines them.   When it defines them, and when they are constantly corrected, we risk those corrections of mechanics starting to work their way into their view of self worth. That's why you'll see in many travel organization some element of philanthropy in their mission statements (sometimes forgotten by t
Read more

I was talking with some friends recently and heard about a situation with their U10 athlete.  I use that term a bit tongue-in-cheek as we used to refer to these individuals as children.  But this "athlete" was no longer playing soccer in the Fall because her softball coach wanted committed athletes on his team.  They needed to work year round on the sport of their choice.  Now, let's be clear.  I've been around the U10 crowd quite a bit in my years of coaching and parenting.  One thing I know for sure is that their choices from one day to the next will vary greatly, and their experiences are certainly significantly limited at that point of the "athletes" career.  Again, the sarcasm, I'm sorry, but a 9-year old shouldn't have a career. Now, I've always encouraged my children that once they make a commitment to a team, that commitment lasts the length of a season.  It's not fair to their teammates to leave before and it's not giving the g
Read more