Showing posts from October, 2018
Show all

OK, out of the box I know you are sitting there saying what do those 3 words have to do with me coaching my team in sport.  Here's the thing.  As coaches we harp A LOT on the little things.  Position, footwork, attack that grounder, don't open up too much.  We tell them over and over again.  We launch correction on top of correction trying to build the better athlete.  If you've moved into travel sports we've started to drive pretty intensive practice schedules that dominate these kids daily schedule outside of school.  Think of how much emphasis some of our athletes put on these sports.  It's very easy for them to begin to see the sport as something that defines them.   When it defines them, and when they are constantly corrected, we risk those corrections of mechanics starting to work their way into their view of self worth. That's why you'll see in many travel organization some element of philanthropy in their mission statements (sometimes forgotten by t
2 comments
Read more 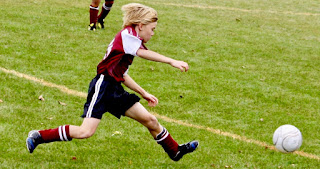 Before tonight's record setting night, Drew Brees was asked what it would be like for him on the field if/when he breaks the all-time passing record.  His response was the just that... "I think first excitement, then reflection, then gratitude."  And tonight he did it, seemingly simply in the first half.  First the arms to the sky in joy as it was not only a record breaker, but also a 60+ yard TD.   His whole team joined him in the excitement in hugs and some type of hopping, barking scrum.  Off came the helmet as he looked around the stadium and you saw the second two emotions pass through in rapid succession, finally pointing to the crowd to make sure they knew he was sharing it with them.  Then on the sideline in the arms of his adoring family he looked at his boys and reminded them, "you can achieve anything you're willing to work for!"  In the middle of his career moment, he knew it was another teaching moment for Dad. So the question for us is simila
Post a Comment
Read more

I was talking with some friends recently and heard about a situation with their U10 athlete.  I use that term a bit tongue-in-cheek as we used to refer to these individuals as children.  But this "athlete" was no longer playing soccer in the Fall because her softball coach wanted committed athletes on his team.  They needed to work year round on the sport of their choice.  Now, let's be clear.  I've been around the U10 crowd quite a bit in my years of coaching and parenting.  One thing I know for sure is that their choices from one day to the next will vary greatly, and their experiences are certainly significantly limited at that point of the "athletes" career.  Again, the sarcasm, I'm sorry, but a 9-year old shouldn't have a career. Now, I've always encouraged my children that once they make a commitment to a team, that commitment lasts the length of a season.  It's not fair to their teammates to leave before and it's not giving the g
Post a Comment
Read more
More posts